The Manchester Water Safety Partnership has unveiled Nick Pope as a special advisor as they look to improve safety around Manchester’s waterways.

Nick has become an advocate for water safety following the tragic death of his son, Charlie, in the Rochdale Canal in March 2018. 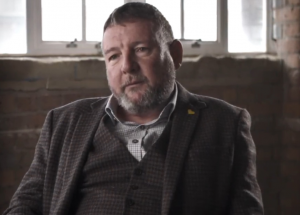 Welcoming Nick, Chairman of the Water Safety Partnership, David Wilson said: “I am really pleased to have Nick join the Partnership to assess and challenge what we do and work together to reduce deaths from drowning in the waterways of Manchester.

“The Manchester Water Safety Partnership has been working for a number of years to improve the safety of the waterways in the city centre and, although the number of deaths has reduced, we firmly believe that one death is one too many. We are committed to continuing our work by implementing all the recommendations of the RoSPA report which has provided us with expert guidance in water accident prevention”.

Following his appointment, Nick said: “Since Charlie’s death there has been action taken and I commend the Partnership for commissioning the independent report and committing themselves to implementing that in full. I think it will go a long way to preventing future deaths.

“Charlie was a cracking lad who loved Manchester and I would like to thank everyone there for their support, by working together I hope we will see change and prevent similar incidents in the future”.